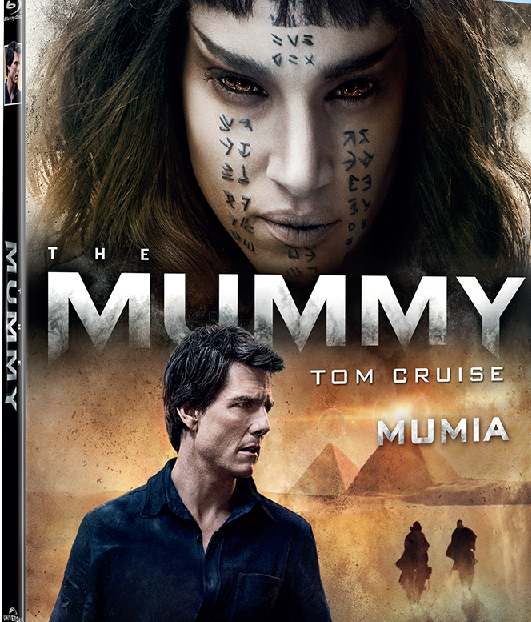 The success of the 1999 film, The Mummy, is a peculiar alchemy that first relies on director and screenwriter Stephen Sommers’ decision to remove it from the horror genre. The plot follows Rick O’Connell, an American serving in the French Foreign Legion, as he travels to the ancient city Hamunapatra with a librarian and her older brother. They accidentally awaken the mummy of a cursed high priest, who creates chaos by plotting revenge with his supernatural powers. As a whole, The Mummy is camp and self-irreverent (like many earlier Universal flicks), and there are a few moments of stomach-turning tension, although these are generally reliant on exploiting the audience’s entomophobia. However, the film is primarily action-adventure with a sprinkling of romance for good measure.

What the film is not is scary, nor is it particularly attentive to its titular monster. Instead, it prefers, to focus on the roguish charms of its swashbuckling hero, played to perfection by Brendan Fraser, and his romance with the stunning (if overly tweezed) librarian played by Rachel Weisz. The mummy itself is not really imagined as the monster of Universal’s 1930’s offering, but a relic, much like the Ark of the Covenant in the infinitely more comparable Indiana Jones franchise. Regardless of the road, however, Universal found legitimate success in The Mummy, and launched several sequels (including one which featured Dwayne Johnson, now the world’s most highly-paid actor, in his first leading role.)

In 2017, Universal released a remake of The Mummy, starring none other than Tom Cruise. This film was little more than a vehicle to introduce what Universal coined as the ‘Dark Universe’, a term they Trademarked in 2014 with the release of the ill-fated Dracula Untold. The ‘Dark Universe’ is nothing more or less than the fabled realisation of Universal’s monster projects as a single ultimate vision; the franchise they have been and are fated to be again. Universal were so confident in the success of The Mummy (2017) as a vehicle for their Dark Universe, that they designed a logo, launched a website, and announced a slew of follow-up projects, including a remake of Bride of Frankenstein. Even now, if one watches The Mummy (2017), a title card flashes up declaring that this is a “Perfect World Pictures/Dark Universe” event, a juxtaposition which now seems like a cruel cosmic joke. The crux of the joke is, of course, that The Mummy (2017) was a failure of epic proportions.

“What the film is not is scary, nor is it particularly attentive to its titular monster”

Beyond any pecuniary figure or critical consensus, The Mummy (2017) is simply a bad movie with little to redeem it. The writing is lazy, littered with juvenile attempts at poorly-timed humour. The characterisation is inconsistent, the cinematography and score unremarkable. None of the actors much seem to want to be there, with the exception of Cruise, whose trademark boyish earnestness couldn’t be more out of place in a role that is supposed to embody moral turpitude to the point of being “the ultimate vessel for evil.” In a bizarre choice for a film about Egyptian mythology, the film is set largely in London, and its female mummy (marketed as an exercise in feminismt) is merely the hyper-sexualised (during a scene in which the character is restrained, the director unabashedly revealed that he drew inspiration from BDSM positions) vehicle for a greater male evil.

The greatest embarrassment of The Mummy (2017), however, is that franchising is embedded in every strand of its DNA; from its unsatisfyingly open ending to its recurrent transition motif of kindling being sparked. But if The Mummy (2017) was intended to be the tinder of the Dark Universe, its after effects have been significantly more fizzle than bang. Russell Crowe is cast as Dr Jekyll/Mr Hyde, incongruous as you might expect in modern-day London. In this movie’s imagining, he helms a secret evil-fighting society called Prodigium (from the Latin Monstrum vel Prodigium: ‘A Warning of Monsters’), Universal’s unabashed appropriation of the organising principle that guides other franchises. Prodigium was intended to be to the Dark Universe what S.H.I.E.L.D is to the Marvel Cinematic Universe. When The Mummy (2017) was released, Universal launched a website for Prodigium, ostensibly so fans could see all of its burgeoning monster properties in the same place. A visit to that website today takes you to a  couponing business.

The warned-about monsters never materialised; unlike with Frankenstein (1931), The Mummy (2017) never delivered on its promised scares. The failure of The Mummy (2017) spurred Universal to put on hold its planned Dark Universe projects. In early 2021, Eric Heisserer, the Academy-Award winning screenwriter of Arrival (2016), who also holds a story credit on The Mummy (2017), opened up about why he felt the Dark Universe had failed. His answer was simply the hubris of its writers; a faith that their underlying IP and brand loyalty was so strong that the films couldn’t possibly fail. The real narrative issue the writers encountered, according to Heisserer, was a dilemma over where  monsters, scares, and horror fit into franchise marketing: ‘Should our monsters all be villains in these movies or can they all be heroes?”. In a filmmaking landscape where the connective tissue of film series are their heroes, it seems that there is not much room for monsters.