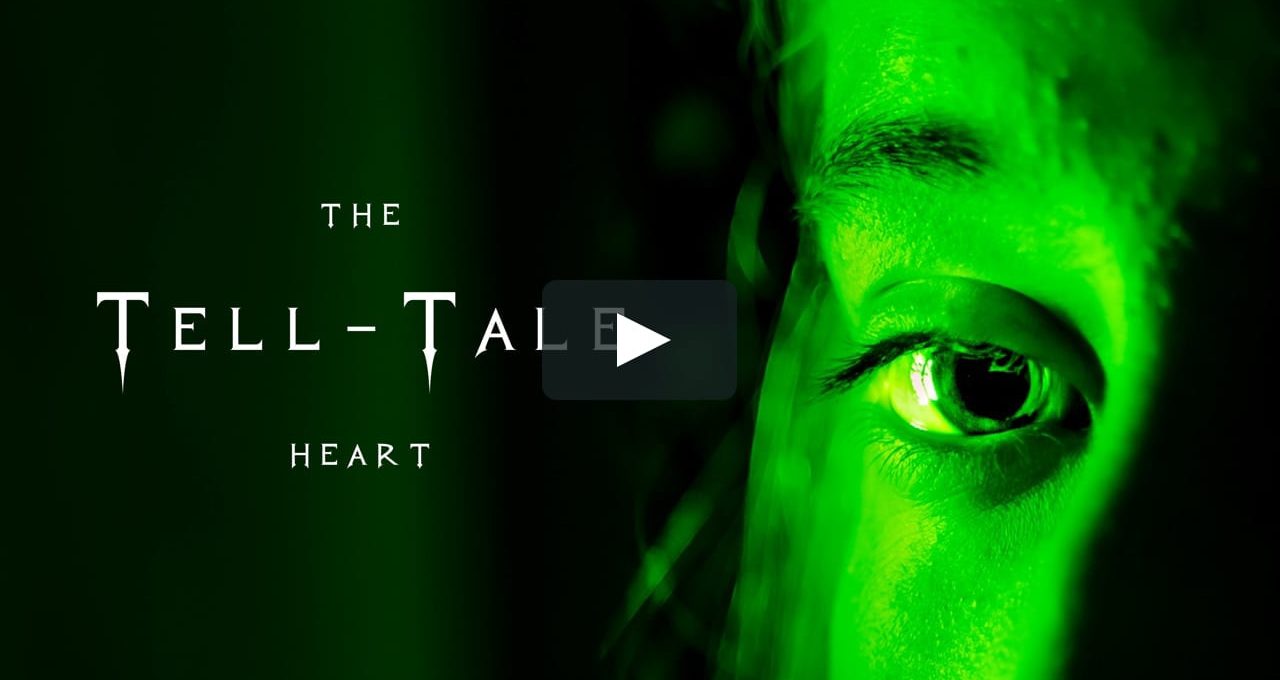 I hated horror films. Absolutely hated them. Was I too good to watch them? Did I think of them as cheap roller coaster rides? Maybe that’s what I claimed.

In truth, I was too terrified to watch them. I felt like I knew what they were, even though I’d never seen one. Such was the power of the genre’s reputation. Everyone knows the theme music for ‘Jaws’. Everyone knows the line ‘Here’s Johnny!’ Everyone recognises the mask from ‘Friday the 13th’. Snippets from horror films seem to dig their claws into popular culture like nothing else. The horror genre was a beast I didn’t want to confront.

But things changed at the start of 2017. My brother wanted to make a short sci-fi film, and I agreed to help out. He wrote, acted and edited. I built props, held the camera and composed music. We loved every minute of the process, and by February, ‘Retreat’ was born. We’d done home movies before, but that was the first time we really tried.

The whole experience awakened a love of movies I didn’t know I had. I began to watch films voraciously. It felt like I had so many to catch up on! And very quickly, I discovered that horror films are a big deal in cinema history. Every decade has been marked by the release of a movie more chilling, more experimental, and more intensely imaginative than ever before. To skirt around the horror genre was to miss out on something big. So through gritted teeth, I put myself through the classics. ‘Psycho’. ’The Exorcist’. ‘The Shining’. I remember being forced to watch ‘The Conjuring’ at a halloween film afternoon. I didn’t sleep that night.

I don’t think I enjoyed them at first. I watched many of them through my fingers. But they were certainly exhilarating. We experience stress in everyday life. But how often do we experience fear? The cold sweat, hairs standing up on the back of the neck, feeling hyper-alert. That’s a brand new experience if, like me, you’ve been blessed with a sheltered life. Horror films can affect your body.

How incredible is that? And the saving grace is that deep down, in the back of your mind, you know it’s not real. You know that what’s on screen can’t hurt you. The horror genre has the unique ability to induce fear without actual jeopardy. The more horror films I saw, the more I wanted to see. I was still terrified. But I had plucked up the courage to sit down and watch them. I was beginning to appreciate them, not as roller coaster rides, but as art.

Fast forward to my final year at university. I was a geology student, making short films in my free time. And by then, my love of horror films had reached a point where I wanted to make one myself. But my writing had gone stale. I felt like my original scripts were lacking in substance. My brother was no longer co-directing films with me, but he suggested I try adapting a short story.

As I re-read the story, I knew I wanted to make it into a film.

With my student budget, it had to be a story no longer in copyright. I remembered Edgar Allan Poe’s 1843 Gothic chiller ‘The Tell-Tale Heart’ from school. It’s about a young man who looks after an old man with a strange milky eye. The young man is so disturbed by the eye that he decides to kill the old man and bury him under the floorboards. Thinking he’s got away with the murder, he starts to hear the old man’s heartbeat whilst two police officers are visiting. Eventually, the deafening heartbeat breaks the young man’s facade and he confesses his crime. As I re-read the story, I knew I wanted to make it into a film.

I was a little tentative, having been a Christian my whole life. Christians don’t make horror films, do they? I wondered what my friends and family would think. But then I read the Bible. Properly. And I realised that horror stories are pretty universal. In fact, the Bible claims that we are living in one. Think about it; the world is a locked room, and nobody gets out alive. The Christian hope centres on Jesus and the salvation he brings. So the Bible doesn’t gloss over darkness. And I didn’t need to either. Having said that, I knew I didn’t want ‘The Tell-Tale Heart’ to be like certain horror films. I didn’t want it to be nasty or exploitative. I didn’t want it to glorify evil.

Iulia, who I had met on another shoot, was eager to be an assistant director on the project. Her theatre experience proved invaluable. I showed her a draft of the script, and we workshopped it. We knew we wanted to do a contemporary adaptation of the story, whilst honouring it’s Gothic horror. We made the two central characters young women who are best friends at university.

Our first shoot took place on a punt, near St John’s College, Cambridge. This was to be the opening of the film, and the Gothic architecture was my way of paying homage to the original story. The rest of the film takes place in a bedroom. It was by far the most challenging film I’d ever worked on. But the atmosphere on set was fantastic. We had fun with it. It was experimental. A friend of our production designer built a cuckoo clock with hands that slice off the cuckoo’s head. It was a bizarre idea I came up with and I didn’t think it would work. But he made it happen! My favourite scene to work on was the murder scene. We cut between the murderer, the victim and the blobs of wax erupting inside a lava lamp. The whole room was lit with green light, as if coming from the lamp. It was outrageously stylised. But it was a joy to see it come to life.

I’m astonished by actors. I think it must be so challenging. The camera is pointing at you, everyone is watching and you need to become someone else. There was a particularly special moment when Anna McDonald, our lead actress, had to tear up after committing the crime. The camera was on her face for six minutes. And she absolutely nailed the emotion of the scene. Everyone in the room was speechless. It’s those moments that make directing so worthwhile.

We were delighted to have our film selected for the Fear in the Fens Festival 2021. I’m now turning my attention to composing film soundtracks. Maybe there’s still a director in me somewhere, but I’ve become really passionate about film music and what it can do. My goal is to do a soundtrack for a horror film, played on my ukulele. Can a ukulele sound scary? That sounds like a fun challenge.

Watch ‘The Tell-Tale Heart’: https://youtu.be/pxfYbF9c9HI
Do get in touch if you’re interested in collaborating, or if you have any questions about getting into
film. You can contact me via my website: https://stirandfry.org/